Cancelling the scheduled sales takes millions of acres off the auction block, including over 1 million acres in Alaska's Cook Inlet. A department spokesperson said the Alaska lease sale would not proceed due to insufficient industry interest, and that the planned sale of the two Gulf of Mexico leases will not move forward "due to factors including conflicting court rulings that impacted work on these proposed lease sales."

President Joe Biden has typically opposed domestic oil drilling as part of his cleaner energy agenda. Shortly after taking office, he signed an executive order freezing new oil and gas leasing on federal lands. Federal law requires the DOI to maintain five-year leasing plans for auctioning offshore leases. DOI had until the end of the current five-year plan, which ends on June 30, to complete the sales.

News sources across the spectrum framed the move as significant and as a political challenge for Biden as inflation continues to hit consumers and gas prices in the U.S. reach all-time highs. Coverage from right-rated sources highlighted the news more prominently and focused more on voices who blamed high gas prices and the lack of domestic oil production on Biden and Democrats' push for cleaner energy. Reports from left-rated sources spent more time highlighting climate activists who celebrated the cancellations as a win for sustainability. 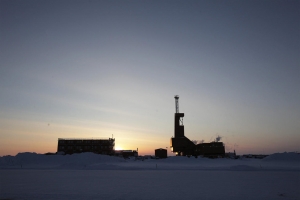 The Biden administration has canceled one of the most high-profile oil and gas lease opportunities pending before the Interior Department. The decision, which halts the potential to drill for oil in over 1 million acres in the Cook Inlet in Alaska, comes at a challenging political moment, when gas prices are hitting painful new highs.

In a statement shared first with CBS News, the Department of the Interior cited a "lack of industry interest in leasing in the area" for the decision to "not move forward" with the Cook Inlet...

The Interior Department will not move forward with planned oil and gas lease sales in the Gulf of Mexico and Alaska’s Cook Inlet, it announced Wednesday night. 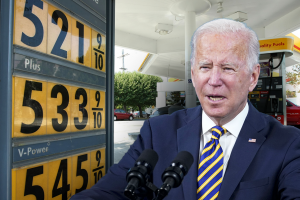 The Biden administration canceled one of the most high-profile oil and gas lease sales pending before the Department of the Interior Wednesday, as Americans face record-high prices at the pump, according to AAA.

The DOI halted the potential to drill for oil in over 1 million acres in Alaska's Cook Inlet, along with two lease sales in the Gulf of Mexico. The move comes as Biden has taken a few actions to combat high gas prices, despite his administration's generally hostile approach to the oil industry.

"Due to lack of industry interest...