People are dying younger in the United States than in other wealthy countries, according to a recently published study on life expectancy and mortality rates. The average American's life expectancy decreased from 78.9 in 2014 to 78.6 in 2017, which is the last year covered in the report.

Most coverage, regardless of political leaning, concentrated on mortality's apparent across-the-board spike, attributing it to reported increases in suicides, drug overdoses and addiction-related diseases. 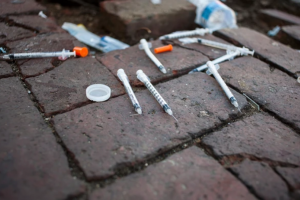 In utter defiance of historical trends, people are dying younger and younger in America. But what’s especially troubling is how these people are dying, a new report released this week found.

Life expectancy for Americans overall has dropped the last three years data is available, starting in 2014. Today, an average American can expect to live 78.6 years, down from 78.9 years in 2014.

That reversed a longtime trend of rising life expectancy. Between 1959 and 2016, the average American lifespan shot up from 69.9 years to 78.9 years. 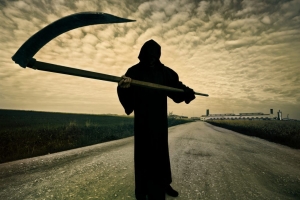 The engine that powers the world’s most potent economy is dying at a worrisome pace, a “distinctly American phenomenon’’ with no easily discernible cause or simple solution.

Those are some of the conclusions from a comprehensive new study by researchers at Virginia Commonwealth University showing that mortality rates for U.S. adults ages 25-64 continue to increase, driving down the general population’s life expectancy for at least three consecutive years.

The first in a Vox series on how countries around the world achieve universal health care. Thirty years ago, before she dyed her hair pink to cover up the...

New polling from a left-leaning think tank casts doubt on a key part of the Democratic establishment’s conventional wisdom on health care, and could bolster...

Americans Are Dying Young and the Reasons Why Are Scary

After tens of thousands of pain patients were forced to reduce their opioid dosages—some cut off entirely, with little warning—the federal government has...

Drugs originally developed to treat diseases ranging from diabetes to alcoholism may have applications in cancer treatment, according to a new study....

The Supreme Court agreed on Friday to take up yet another case involving the Affordable Care Act's contraception mandate, which requires most employers to...

It was 2012, and Ferrell Scott was watching television inside Pennsylvania's Allenwood federal penitentiary when he learned that the sale of marijuana,...

The medications that change who we are

They’ve been linked to road rage, pathological gambling, and complicated acts of fraud. Some make us less neurotic, and others may even shape our social...

When the race to sequence the first human genome was rushing toward the finish line about 20 years ago, I remember feeling mesmerized by what was about to...

Klobuchar Torches Warren on Feasibility of Medicare for All

Health care took up a substantial chunk of Tuesday night's Democratic debate in Des Moines, Iowa. The stage is divided on the issue, with Sens. Bernie Sanders...

Another unintended consequence of celebrating pot use. A surge in vaping related lung illnesses this year caught the medical community by surprise, with the...

From 2016 to 2017—the most recent period for which we have complete statistics—America's death rate for cancer saw "the largest single-year drop ever recorded...

Christian Assembly Church in Eagle Rock, California, will be giving struggling families the greatest gift this Christmas: Canceling over $5.3 million in...

The Daily Wire
Healthcare
Trump chips away at Obamacare