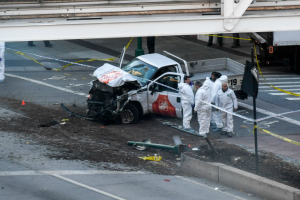 President Donald Trump signaled on Twitter that he was prepared to crack down on immigration visa programs in the wake of the terrorist attack in New York City.

Read full story
Some content from this outlet may be limited or behind a paywall.
See full media bias rating for Breitbart News
From the Left
1098
Terrorism
Trump blames Schumer, Democrats for immigration policies he says led to terror attack
CNN (Online News) 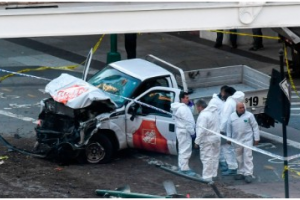 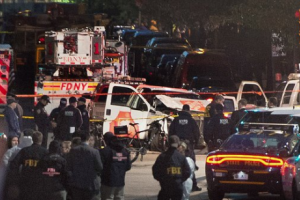 A driver plowed a pickup truck down a crowded bike path along the Hudson River in Manhattan on Tuesday, killing eight people and injuring 11 before being shot by a police officer in what officials are calling the deadliest terrorist attack on New York City since Sept. 11, 2001.

Read full story
Some content from this outlet may be limited or behind a paywall.
See full media bias rating for New York Times (News)
More Stories »
Terrorism
Go ad-free! Support AllSides.
About these ads