Aftermath of the Kavanaugh Confirmation

What will be the aftermath of Kavanaugh's confirmation on partisan divisions, November elections, and his tenure in the Supreme Court? 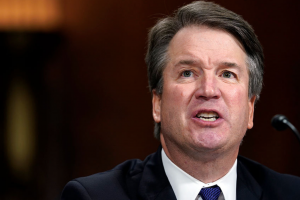 Read full story
Some content from this outlet may be limited or behind a paywall.
See full media bias rating for Christian Science Monitor
From the Right
319
Supreme Court
Democrats just killed the blue wave
Guest Writer - Right

Democrats were cheered by the renewed FBI investigation of Judge Brett Kavanaugh and counted it as a win. Most Republicans were dismayed that the full Senate's vote on Judge Brett Kavanaugh's appointment to the Supreme Court was delayed and saw this as a political misstep.

They should change places.

First, while the politically attuned understand this is just a delay game by the left, who are on record as willing to do anything to derail this nominee and force the appointment to be made after the November election, swing voters... 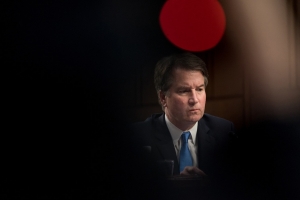 On September 27th, when Brett Kavanaugh and Christine Blasey Ford testified before the Senate Judiciary Committee, the South Carolina Republican Lindsey Graham delivered a four-minute speech that turned Kavanaugh’s Supreme Court confirmation process decisively. An hour earlier, Kavanaugh had delivered a furious, partisan opening statement decrying the sexual-assault allegations against him, which he attributed in part to Democrats seeking “revenge on behalf of the Clintons,” but until Graham’s speech it wasn’t obvious that the Republicans were behind him. “Boy, y’all want power! God, I hope you never get it,” Graham...

Read full story
Some content from this outlet may be limited or behind a paywall.
See full media bias rating for The New Yorker
More Stories »
Supreme Court
Go ad-free! Support AllSides.
About these ads