“60 Minutes,” a CBS News production, is facing criticism over a “deceptively” edited video of Florida Gov. Ron DeSantis which omitted most of DeSantis’ nearly 500-word response to a CBS reporter. The 60 Minutes report drew a connection between a $100,000 donation from supermarket chain Publix and DeSantis’ announcement weeks later authorizing Publix to distribute COVID-19 vaccines. DeSantis and Publix have denied the alleged “pay for play” arrangement, and at least two Democratic Florida officials have rejected the allegations and criticized 60 Minutes’ reporting.

Read a full transcript of the video exchange here.

Coverage in right-rated outlets focused on steep criticism of 60 minutes by prominent right-wing figures, as well as on CBS’s lack of coverage on the story, and was more likely to describe the video as “deceptively” edited. Coverage was less prominent in left-rated outlets and used more neutral language. 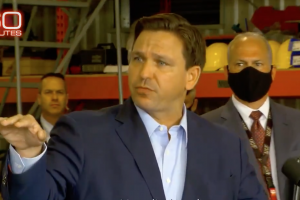 Why it matters: DeSantis has been criticized for directing vaccines toward wealthy communities, with some who benefitted from the vaccine pop-ups also donating to the governor's political action committee, per Axios' Tampa Bay reporter Ben Montgomery. 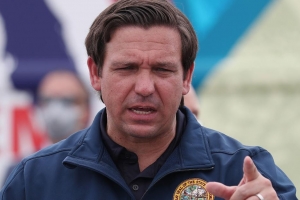 "60 Minutes" is facing backlash for a story it aired Sunday on Republican Gov. Ron DeSantis — including from the supermarket chain Publix and two prominent Democrats in the state.

As part of a larger story about Florida's vaccine rollout, the renowned newsmagazine program spotlighted a recent $100,000 donation that Publix made to DeSantis' re-election bid.
The story, by correspondent Sharyn Alfonsi, suggested there was a possible link between the donation and the state's partnership with Publix stores for vaccine distribution — a serious issue of foul play, if... 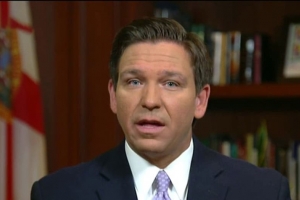 CBS News’ "60 Minutes" has given no indication that it will correct or retract the widely contested report that suggested Florida Gov. Ron DeSantis, R., gave the Publix grocery store chain preferable treatment to offer the coronavirus vaccine based on its donations to his PAC despite growing pressure.

"CBS clearly made mistakes in professional journalistic judgment in the execution of this story. These are the kinds of mistakes that necessarily happen when enterprise reporting is done with bias and on the basis of pushing a preconceived political narrative," DePauw University...

The political media has long been both powerful and controversial — no surprise, as it essentially plays the role of referee in American politics. But how the...

The Associated Press Published A Moving Obituary For Daunte Wright, Focused On His Humanity
ANALYSIS

At this point, the police killings of Black men in the US have tended to produce a sickening cycle of familiarity, from the infrequency with which officers are...

By now, we all know what Fox News’ Tucker Carlson is. He is a divider whose goal is to stir up his audience with dangerous rhetoric about race and other...

Not a single journalist at America’s paper of record asked anyone with first-hand knowledge whether the late Brian Sicknick, a Capitol Police officer, was...

A minuscule number of those who are fully vaccinated for COVID-19 — less than 0.008 percent, to be exact — end up subsequently catching the virus. Rather...

Exclusive — DeSantis on Democrat Rhetoric, Media Contributing to Unrest: ‘Corporate Media Is One of...

Corporate media is one of the “most divisive forces” in the country, and Democrat politicians such as Rep. Maxine Waters (D-CA) are contributing to the civil...

Both Dan McLaughlin and Michael Brendan Dougherty have already weighed in on the media’s embarrassing “Russian bounties” story. In June, the New York Times...