On Aug. 16, 350 newspapers across the U.S. participated in a coordinated campaign, encouraged by the editorial board of The Boston Globe, in which they published editorials pushing back against President Trump's negative rhetoric about the media. Some on the Left said the move was necessary to protect freedom of the press, while some on the Right said the move will backfire by proving the media is biased against Trump.

From the Left
5183
Media Bias
If the media speaks with one voice, Trump will have to listen
CNN (Opinion) 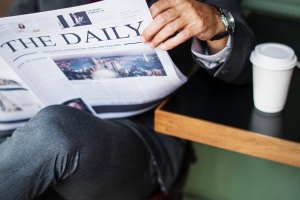 If the media can speak with one voice on the critical issue of press freedom, perhaps even the President will have to listen. 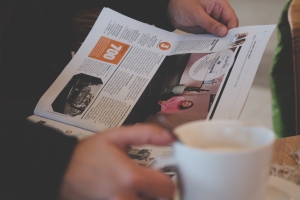 If you are a Trump voter who thinks that much of the press is reflexively hostile to the president, 300 of America's leading newspapers want you to know that you might be on to something. 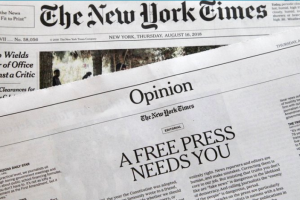 Newspapers from Maine to Hawaii pushed back against President Donald Trump’s attacks on “fake news” with a coordinated series of editorials in defense of a free press on Thursday — and, not surprisingly, Trump didn’t take it silently.

Media Have Every Right to Cancel Trump
OPINION

So, President Donald Trump has been booted off Twitter, as of now forever. Facebook also gave him the heave-ho. Apple and Google, meanwhile, have tossed the...

Fox News spent the last four years remaking itself as President Donald Trump’s personal propaganda tool. Until the very end, it was a remarkably effective...

Approximately 25,000 thousand National Guard members were in Washington, D.C. this week, in addition to thousands of police and other law enforcement officers...

CNN was eager to celebrate President Trump leaving the White House on Wednesday morning and the hyper-partisan network’s news anchors and executives couldn’t...

The day after the November election, Christina Bobb had good news for viewers of the One America News Network: “President Trump won four more years in office...

The Media Failed by Giving People What They Want
OPINION

Concerned about deep political divisions ripping apart the United States? Relax—there's at least one issue on which there's an emerging consensus across the...