Department Of Homeland Security, Disinformation Governance Board, Misinformation, Politics
Save for Later
From The Right 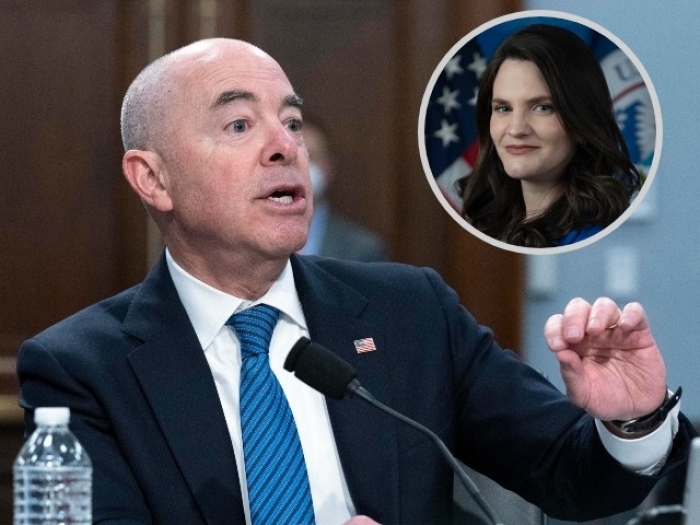 The Department of Homeland Security is setting up a Disinformation Governance Board in an attempt to combat “misinformation” online.

Homeland Security Secretary Alejandro Mayorkas spoke about the “just established” governance board during a congressional hearing on Wednesday, arguing it would help reduce domestic threats to the United States.

The team will focus on irregular migration and Russia, according to a report from Politico’s Daniel Lippman.

Nina Jankowicz, a fellow for the Wilson Center, confirmed reports that she would direct the board, sharing her official government portrait on her social media profile.

Read full story
Some content from this outlet may be limited or behind a paywall.
Department Of Homeland Security, Disinformation Governance Board, Misinformation, Politics

Health Care Is Not a Right, No Matter What the Left Says
Townhall