Politics, US House of Representatives, Kevin McCarthy, Adam Schiff, Eric Swalwell, House Intelligence Committee
Save for Later
From The Left 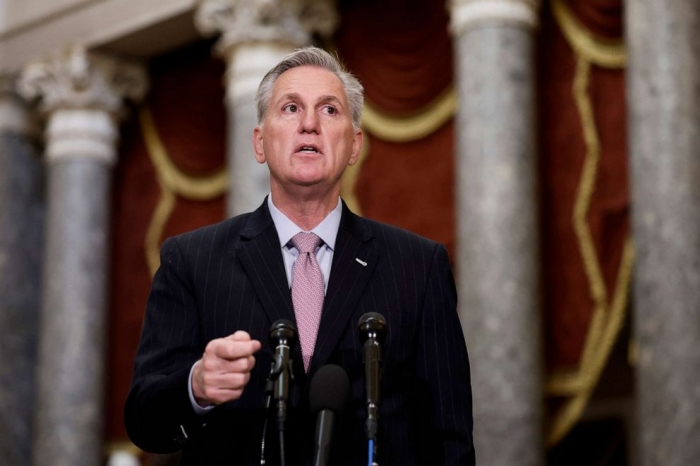 House Speaker Kevin McCarthy on Tuesday night rejected the reappointments of Reps. Adam Schiff and Eric Swalwell, both D-Calif., to the powerful House Intelligence Committee -- fulfilling a promise McCarthy made even before he won the gavel.

The committee has special rules that allow the speaker to assign its members in consultation with the minority leader.

While the minority party's recommendations have typically been seated, McCarthy has the power to decline to seat members without relying on a full floor vote of the chamber.

In a letter sent to House Democratic leader Hakeem Jeffries,...

News and Information about Politics
Go ad-free! Support AllSides.
About these ads
https://abcnews.go.com/Politics/jeffries-taps-schiff-swalwell-house-intelligence-committee-setting/story