Politics, Business, Monopoly, Congressional Hearings, Arts And Entertainment, Taylor Swift
Save for Later
From The Left 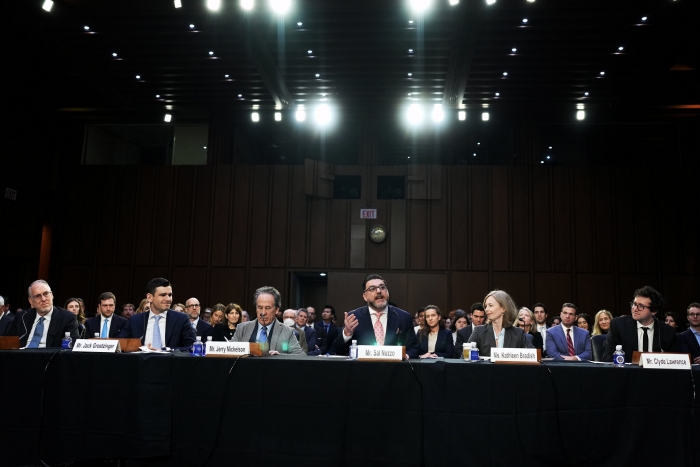 Live Nation came under fierce questioning from lawmakers and competitors at a Senate Judiciary Committee hearing on Tuesday that explored whether the company’s 2010 merger with Ticketmaster, which formed a colossus without equal in the multibillion-dollar live music business, had stifled competition and hurt consumers.

Here are four takeaways from the hearing, which was called after Ticketmaster had problems in November selling tickets to Taylor Swift’s coming tour, leaving millions of frustrated fans unable to buy tickets.

One of the most striking things was the...

Read full story
Some content from this outlet may be limited or behind a paywall.
Politics, Business, Monopoly, Congressional Hearings, Arts And Entertainment, Taylor Swift

News and Information about Politics
Go ad-free! Support AllSides.
About these ads
https://www.nytimes.com/live/2023/01/24/arts/ticketmaster-taylor-swift