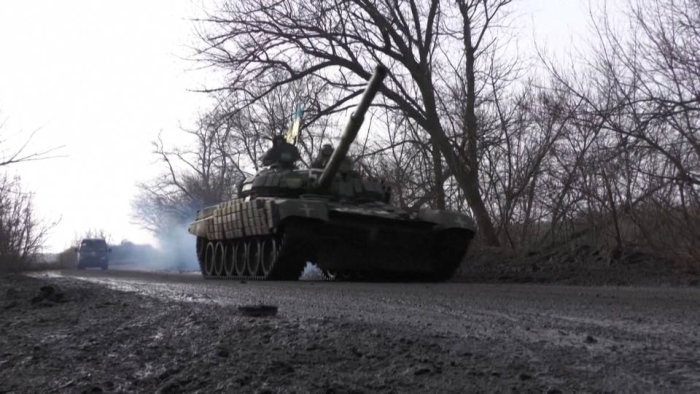 Germany’s government has signaled it will allow NATO allies to ship German battle tanks to Ukraine, despite warnings from Russia that the move could escalate the war. Over the weekend, Germany’s foreign minister said she would “not stand in the way” if Poland decided to send its Leopard 2 tanks to Ukraine without German approval. In Ukraine, there’s fresh fighting along frontlines in Zaporizhzhia, where Ukraine’s army said more than 15 settlements came under Russian artillery fire over the weekend, breaking months of stalemate in the region.