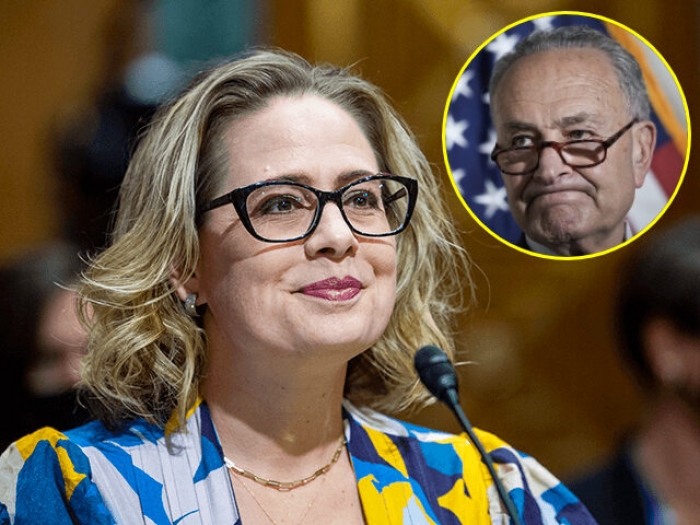 Sen. Chuck Schumer (D-NY) permitted Sen. Kyrsten Sinema (I-AZ) to keep her congressional committee assignments after she announced Friday she will leave the Democrat party and become an independent.

“Senator Sinema informed me of her decision to change her affiliation to Independent,” Schumer stated in a press release. “She asked me to keep her committee assignments and I agreed. Kyrsten is independent; that’s how she’s always been.”

Despite Sinema leaving the Democrat...

Read full story
Some content from this outlet may be limited or behind a paywall.
Politics, Democratic Party, Kyrsten Sinema, Independents, Partisan Divide, Chuck Schumer, Senate

News and Information about Politics
Go ad-free! Support AllSides.
About these ads
https://www.breitbart.com/politics/2022/12/09/chuck-schumer-allows-kyrsten-sinema-keep-committee-assignments-dumps-democrat-party/