Politics, Democratic Party, Kyrsten Sinema, US Senate, Independents
Save for Later
From The Right 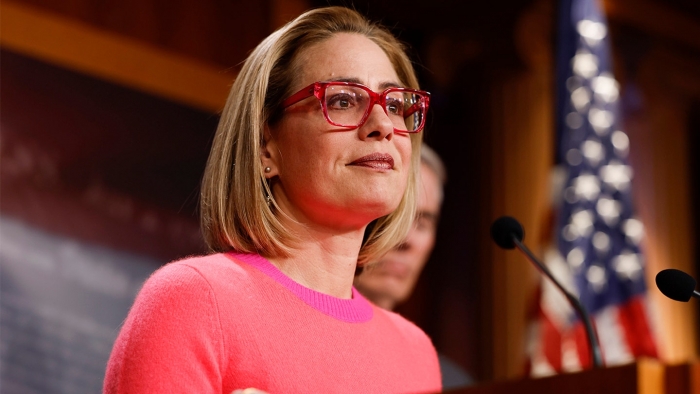 Some liberal media pundits and commentators were stunned — or not surprised, but still angered — Friday morning after Arizona Sen. Kyrsten Sinema announced that she was leaving the Democratic Party and registering as an independent.

The news broke just days after Democrats celebrated expanding a slim majority in the Senate after winning in Georgia. Fellow independents Angus King of Maine and Bernie Sanders of Vermont caucus with Democrats, and Sinema has said she will not caucus with Republicans.

News and Information about Politics
Go ad-free! Support AllSides.
About these ads
https://www.foxnews.com/media/liberal-media-dems-erupt-over-sinema-leaving-democratic-party-still-great-being-f-ing-worst