Putin: Nuclear risk is rising, but we are not mad 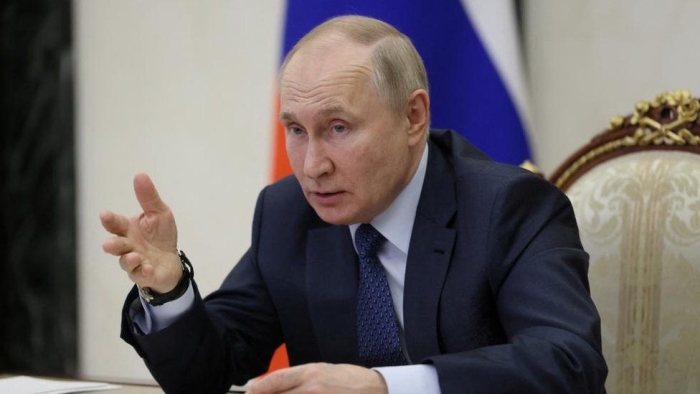 Vladimir Putin has said the threat of a nuclear war was rising, but insisted Russia had not "gone mad" and would not use its nuclear weapons first.

The Russian president insisted that his country would only use weapons of mass destruction in response to an attack.

Speaking at Russia's annual human rights council meeting, he also said the war in Ukraine could be a "lengthy process".

Russia's capacity to use nuclear weapons has come under increased scrutiny since it invaded...