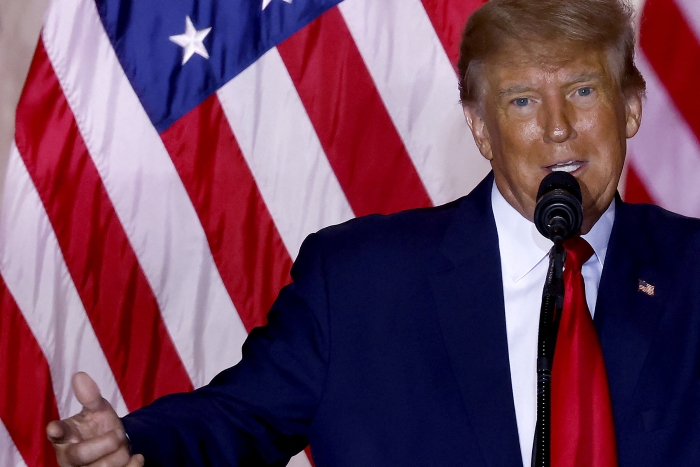 Donald Trump has sparked a furious backlash after he called for the "termination" of parts of the Constitution to overturn the results of the 2020 election.

The former president, who announced in November that he would run again for president, reiterated his baseless claims of widespread fraud in the 2020 election in posts on his Truth Social platform on Saturday.

But he went further by suggesting that the U.S. abandon one of its founding documents.

"A Massive Fraud of this type and magnitude allows for the termination of all rules,...