Trump taxes: US lawmakers get access to former president's returns

Politics, US House of Representatives, Donald Trump, Trump Tax Returns
Save for Later
From The Center 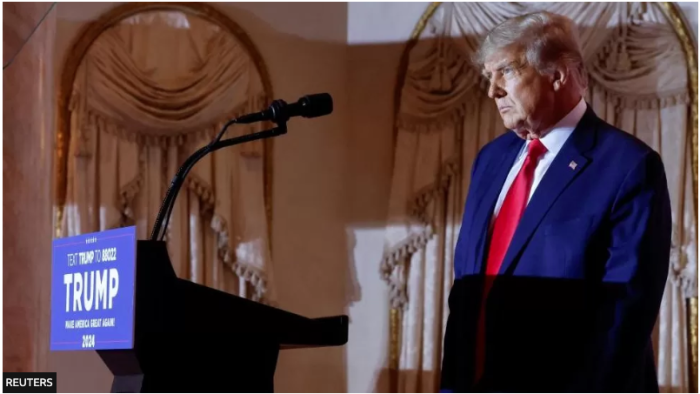 Donald Trump's tax returns have been handed over to a committee of the US House of Representatives after the former president lost a long legal battle to keep them sealed.

The Treasury Department said it had complied with a Supreme Court order that the records should be given to a panel in the Democrat-controlled House.

It is not clear if the returns will be made public, or what they will reveal.

Mr Trump is yet to comment, but has previously denied any wrongdoing.

He declined to release the documents during his 2016...

News and Information about Politics
Go ad-free! Support AllSides.
About these ads
https://www.bbc.com/news/world-us-canada-63818778