Politics, Cannabis, Retirement Security, Congress
Save for Later
From The Center 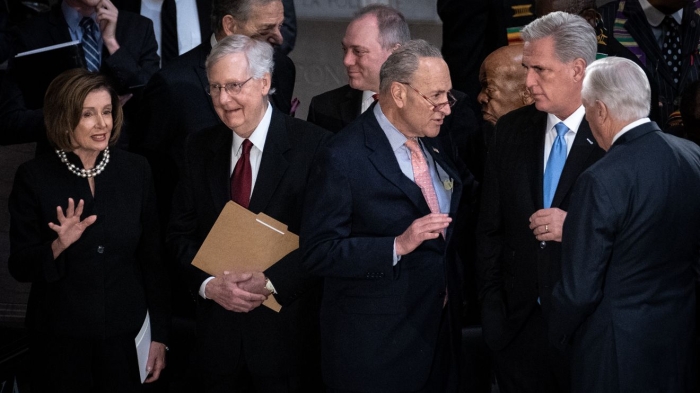 It has been a long road for Washington’s cannabis banking bill and an unrelated measure targeting the U.S retirement system.

Now both legislative packages have decent or even strong chances of becoming reality by year’s end, according to analysts.

The bill that aims to protect financial institutions that work with the marijuana industry MSOS, +0.75% MJ, +1.24% is known as “SAFE Banking Plus,” with the “Plus” referring to its expected inclusion of some criminal-justice reform provisions.

The cannabis banking bill has a roughly 70% chance of passing by the end of December, reckons Ben Koltun,...

News and Information about Politics
Go ad-free! Support AllSides.
About these ads
https://www.marketwatch.com/story/cannabis-banking-bill-and-retirement-package-both-could-actually-pass-congress-by-years-end-analysts-say-11669231659