It's Time For McCarthy and McConnell to Retire

Politics, Kevin McCarthy, Mitch McConnell
Save for Later
From The Right 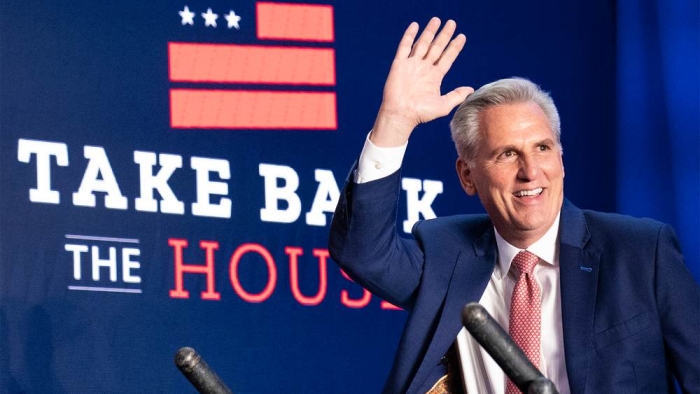 Americans are ready to move on from the current Republican leadership, choosing to vote out Senate Minority Leader Mitch McConnell.

According to a new Rasmussen Reports Poll, just 28 percent of likely voters have a favorable view of McConnell, while 61 percent say the GOP needs a new leader.

Following his win, McConnell, who is the longest-serving GOP leader in Senate history, said that he doesn’t plan to give up his position anytime soon.

However, several Republicans feel that new, younger leadership is needed in Congress.

"Nobody, not Republicans, not independents, not...

Read full story
Some content from this outlet may be limited or behind a paywall.
Politics, Kevin McCarthy, Mitch McConnell

News and Information about Politics
Go ad-free! Support AllSides.
About these ads
https://townhall.com/tipsheet/saraharnold/2022/11/24/mccarthys-dreams-as-speaker-are-slowly-being-shattered-poll-finds-n2616335