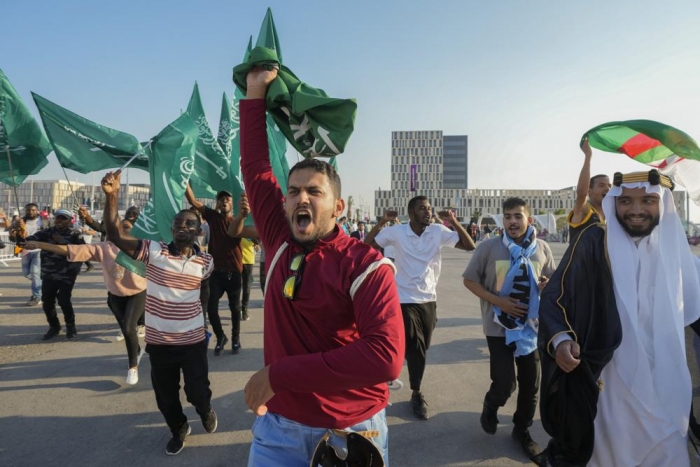 Saudi Arabia, a team that had only ever won three World Cup matches in its history, just pulled off possibly the biggest upset in the tournament’s history.

“One for the books,” Saudi Arabia coach Hervé Renard said. “This is football. Sometimes things are completely crazy.”

Goalkeeper Mohammed Alowais, who made two key saves late in the game to preserve the win on Tuesday at Lusail Stadium north of Doha, was almost subdued at the end, perhaps not grasping the magnitude...

News and Information about Sports
Go ad-free! Support AllSides.
About these ads
https://apnews.com/article/world-cup-soccer-sports-argentina-qatar-5b02884025b8f86d6213999e3af5e879