‘There Is No Substitute For Victory’: Ron DeSantis Lays Out The Roadmap For Republicans To Dominate 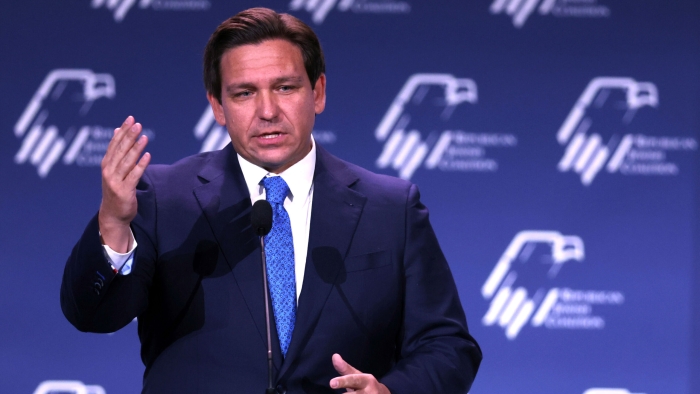 Florida Governor Ron DeSantis (R) laid out the roadmap this weekend for Republicans to dominate politically in the coming years following Republicans’ blowout wins earlier this month in the midterm elections.

DeSantis made the remarks during a 25-minute speech on Saturday at the annual leadership meeting of the Republican Jewish Coalition.

The governor, who numerous recent polls have shown is the top candidate to be the Republican Party’s presidential nominee in 2024, began by highlighting the success of Republicans in the state of Florida during the midterms.

Read full story
Some content from this outlet may be limited or behind a paywall.
Politics, Republican Party, Ron DeSantis, 2024 Election, Donald Trump

News and Information about Politics
Go ad-free! Support AllSides.
About these ads
https://www.dailywire.com/news/there-is-no-substitute-for-victory-ron-desantis-lays-out-the-roadmap-for-republicans-to-dominate

Opinion
It's Time For McCarthy and McConnell to Retire
Townhall