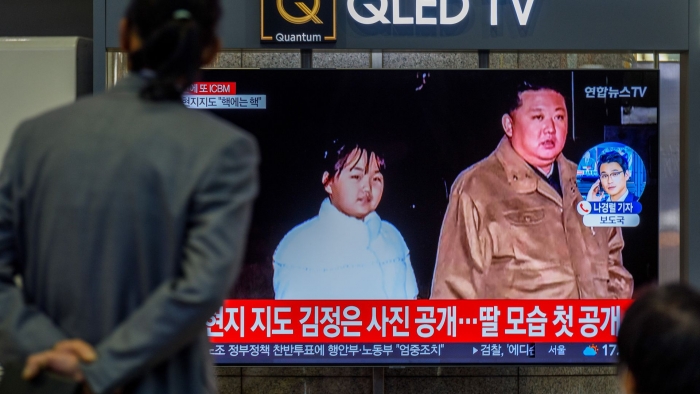 North Korean leader Kim Jong-un unveiled his daughter to the world this week as he watched the launch of a new intercontinental ballistic missile, according to multiple reports.

Why it matters: This is the first confirmed public sighting of the North Korean leader's daughter and shines a light on the potential next Kim family member to lead the country.

Details: Photos from North Korea showed the daddy-daughter duo standing together, holding hands, during a ballistic missile test on Friday within the country, BBC News reports.