Politics, Hakeem Jeffries, Nancy Pelosi, US House, Democratic Party
Save for Later
From The Center 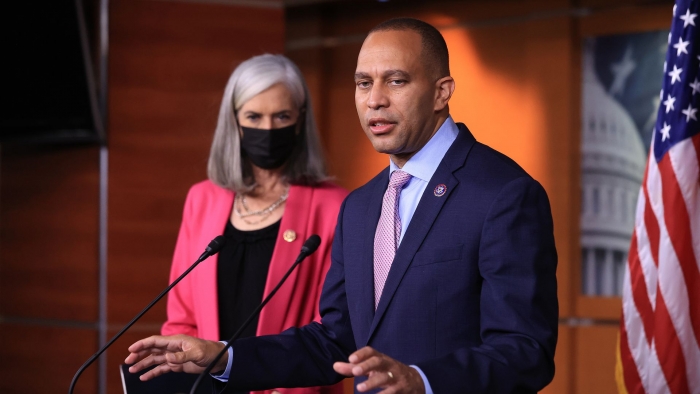 The big picture: Jeffries, a Brooklyn native and former New York state legislator, would be the first Black leader of a party in Congress.

He is seen by colleagues as the overwhelming favorite to take over — and there is doubt about whether he will face even token opposition.

News and Information about Politics
Go ad-free! Support AllSides.
About these ads
https://www.axios.com/2022/11/18/hakeem-jeffries-house-democratic-leader-bid