Biden Battles Teleprompter — And Bizarre Shrieking From The Audience — At COP27

Joe Biden, Climate Change, United Nations, World
Save for Later
From The Right 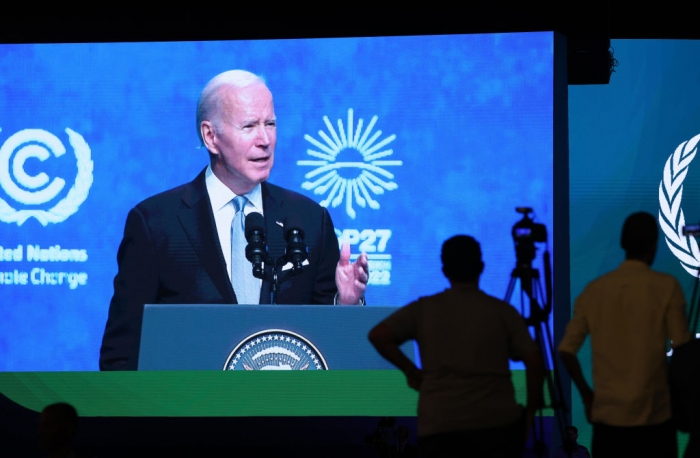 President Joe Biden appeared to struggle to read what was on his teleprompter during his Friday appearance at the United Nations conference on climate change — known colloquially as COP27.

The president promised during his remarks in Egypt that that United States under his watch would do everything it could to make sure the world averted a “climate hell,” saying, “We’re not ignoring harbingers that are already here. So many disasters — the climate crisis is hitting hardest those countries and communities that have the fewest resources to respond and to recover.”

Read full story
Some content from this outlet may be limited or behind a paywall.
Joe Biden, Climate Change, United Nations, World

News
Biden: 'I Have No Regrets' About 'Handful of Documents...Filed in the Wrong Place'
CNSNews.com