Sports, Baseball, Entertainment, Culture
Save for Later
From The Right 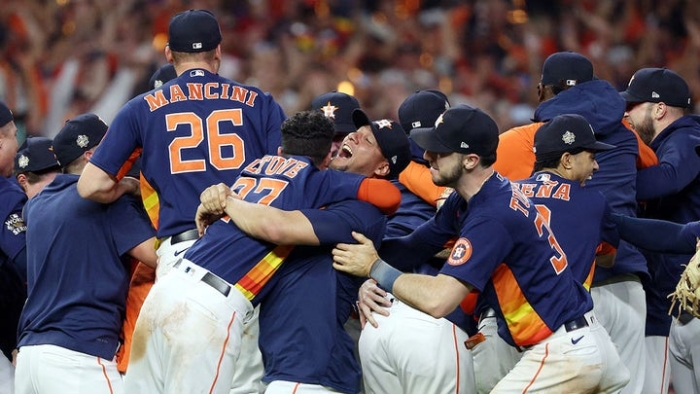 The Houston Astros are World Series champions once again.

The Astros took home Game 6 by a score of 4-1 to beat the Philadelphia Phillies in six games.

It's their second World Series title in franchise history.

Houston won the final three games of the series after being down two games to one - they became the first team to win the World Series in their home ballpark since the Boston Red Sox in 2013.

Game 6 was the pitcher's duel it was expected to be as Framber Valdez and...

News and Information about Sports
Go ad-free! Support AllSides.
About these ads
https://www.foxnews.com/sports/astros-win-second-world-series-franchise-history-beat-phillies-six-games