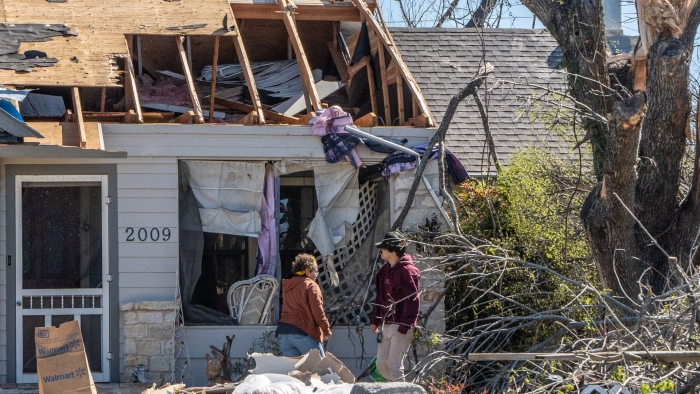 At least one person has died and multiple people remain missing after destructive tornadoes crashed into Texas, Oklahoma and Arkansas Friday.

The big picture: Authorities are still assessing the damage and injuries from the storms, which leveled at least 50 homes in Texas alone, per the Associated Press.

Details: Several tornadoes were spotted across Texas, Oklahoma, Arkansas and Missouri, which all had tornado warnings in effect Friday, according to National Weather Service Storm Prediction Center data.

Photos and videos of the storms showed destroyed homes and massive debris.

US COVID-19 Emergency Declarations to End May 11
PERSPECTIVES BLOG