Voting Rights And Voter Fraud, 2022 Elections, Elections, Texas
Save for Later
From The Left 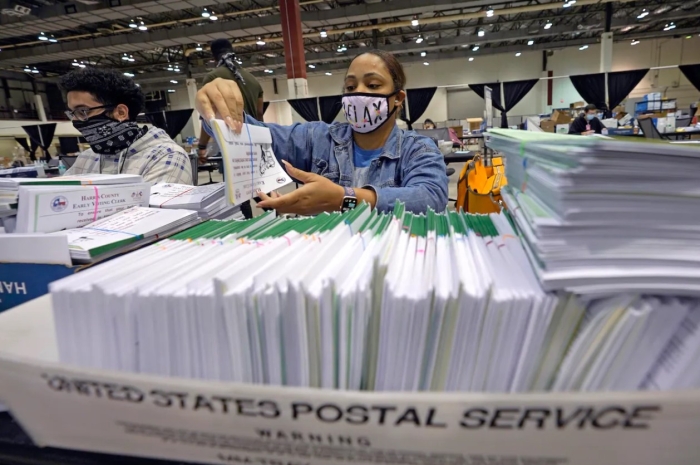 With a week to go before Election Day, a showdown is emerging between state and local leaders here over how to protect the security of the vote without intimidating voters and election workers.

The clash is playing out in Harris County, Texas’s largest jurisdiction and home to Houston, where state and local Republicans are deploying monitors to oversee the handling of ballots in the Democratic enclave. Local Democratic officials have said the move is an effort to intimidate voters — and asked the Justice Department to send federal observers in response.

Read full story
Some content from this outlet may be limited or behind a paywall.
Voting Rights And Voter Fraud, 2022 Elections, Elections, Texas