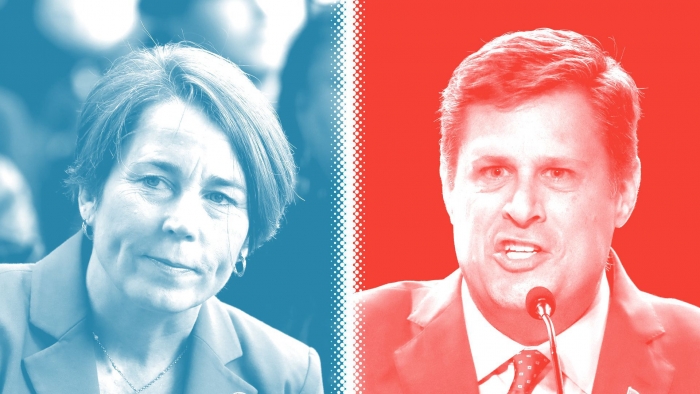 Both candidates for governor of Massachusetts have made economic issues and affordability the cornerstones of their campaigns. But at last night’s debate, cultural issues were persistent reminders that this election is set against the backdrop of national politics.

Catch up fast: Much of the debate between Attorney General Maura Healey (D) and former state Rep. Geoff Diehl (R) centered on the cost of living, with an emphasis on home heating costs.

Diehl said Healey's dedication to rapidly adopting green energy will only drive up costs for consumers.

He pointed to his own...