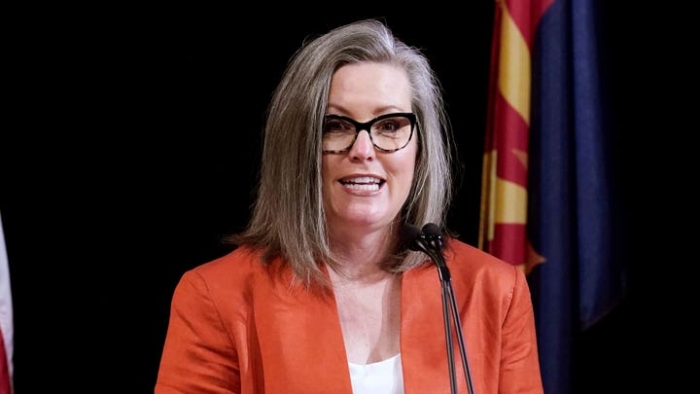 A suspect has been arrested in the alleged burglary of Democratic gubernatorial candidate Katie Hobbs' campaign office.

Hobb's office first announced the burglary on Wednesday, with the Phoenix Police Department opening an investigation of the incident. Police say they reviewed surveillance footage of the Monday night burglary and have made an arrest, though they have not identified the suspect.

Police have also not clarified as to whether the incident was politically motivated.

"An arrest has been made regarding a commercial burglary that occurred near Virginia Avenue and Central Avenue on...