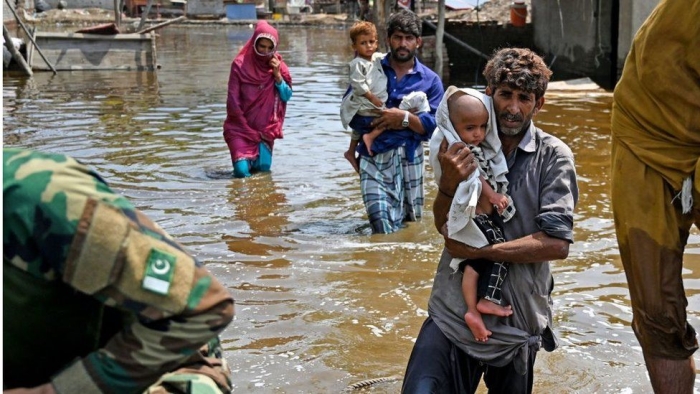 There is "no credible pathway" to keep the rise in global temperatures below the key threshold of 1.5C, according to a bleak new UN assessment.

Scientists believe that going beyond 1.5C would see dangerous impacts for people all over the world.

The report says that since COP26 last year, governments carbon cutting plans have been "woefully inadequate".

Only an urgent transformation of society will avoid disaster, the study says.

There's just over a week until the next major climate conference, known as COP27, starts in Egypt.

Mindful of the fact that the...

News
Powerful storms continue to slam into the West Coast: Roof is blown off apartment building with debris falling on cars in San Francisco as Montecito residents were warned to evacuate
Daily Mail