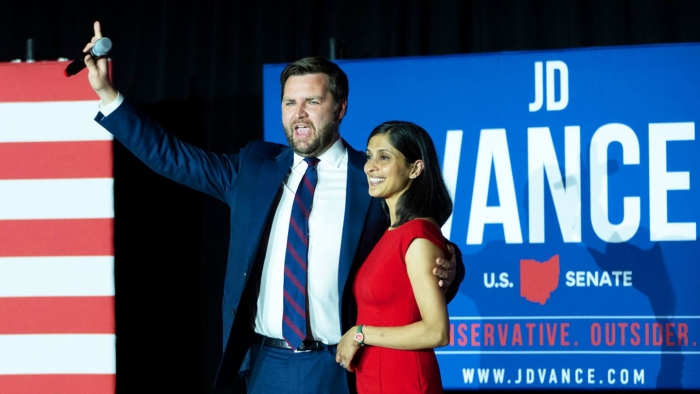 An Ohio newspaper is facing backlash for a political cartoon taking aim at Republican Senate candidate JD Vance at the expense of his wife.

The Plain Dealer, Cleveland's major newspaper, published a cartoon last week depicting Democratic candidate Tim Ryan in the uniform of the Cleveland Guardians, formerly the Cleveland Indians, while Vance appears in a San Francisco Giants uniform with a quote bubble.