Immigration, Immigrant Surge, State Of Emergency, Busing, Migrant Workers
Save for Later
From The Center 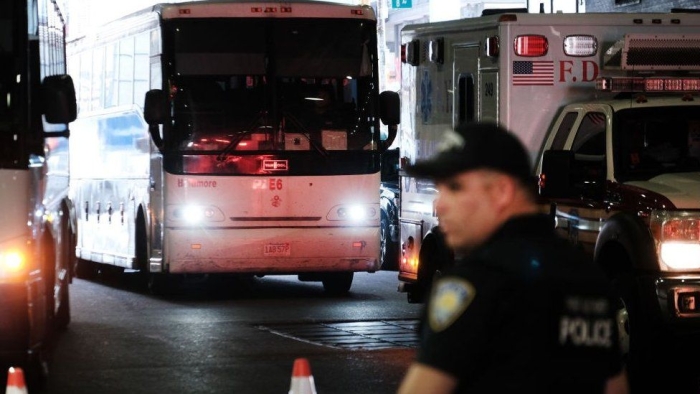 New York City Mayor Eric Adams has declared a state of emergency to address a "crisis situation" over an influx of migrants.

More than 17,000 have arrived in the city from the southern border since April.

Republican states like Texas and Florida have been sending migrants to Democratic areas in recent months.

It's part of a row with the Biden administration as the number of people arriving at the US-Mexico border grows.

Since September, an average of five to six buses have been arriving in the city each day, Mr...