Water And Oceans, Weather, Hurricane Ian, Environment, Ron DeSantis, Evacuations
Save for Later
From The Right 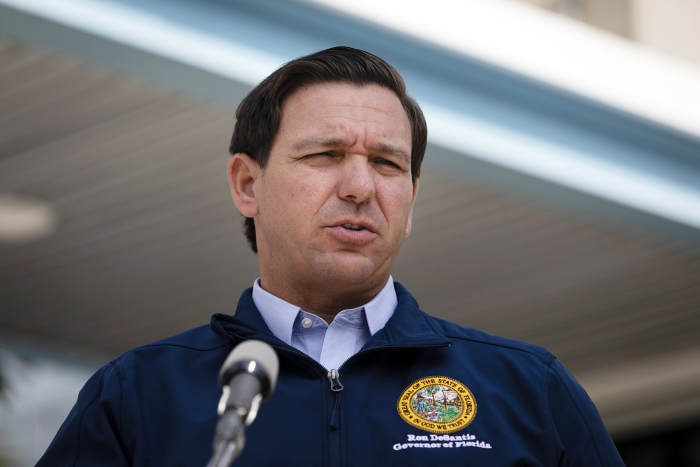 Florida Gov. Ron DeSantis defended the timing of evacuation orders issued in Lee County, which bore the brunt of the state’s fatalities from Hurricane Ian.

The southwestern county that includes Fort Myers and Cape Coral did not tell coastal residents to flee their homes until Tuesday evening, 21 hours before the deadly Category 4 superstorm made landfall on North Captiva Island.

At least 35 county residents were reported dead, making up more than half of the 66 deaths reported in Florida by Sunday morning, according to CNN.

News and Information about Water and Oceans
Go ad-free! Support AllSides.
About these ads
https://nypost.com/2022/10/02/ron-desantis-defends-lee-countys-late-evacuation-order/
AllSides partners with Citizen Connect to help people connect across divides.