World, Ukraine War, Russia, Death, Ukraine, Europe
Save for Later
From The Center 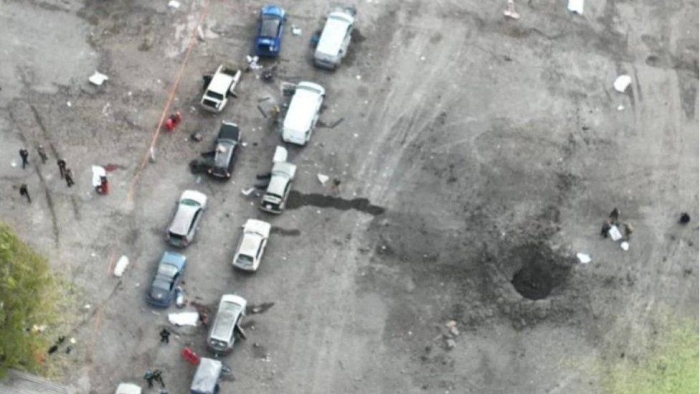 Office of the President of Ukraine

At least 30 people have been killed and dozens more injured in a Russian rocket strike on a civilian convoy in south Ukraine, local officials say.

A huge crater next to a row of vehicles in the city of Zaporizhzhia testifies to the violence of the attack. Windows and windscreens were smashed in.

The BBC saw half a dozen bodies lying at the scene, apparently civilians. Baggage and coats strewed the tarmac.