Water And Oceans, Climate Change, Hurricane Ian, Science, Weather, Environment
Save for Later
From The Left 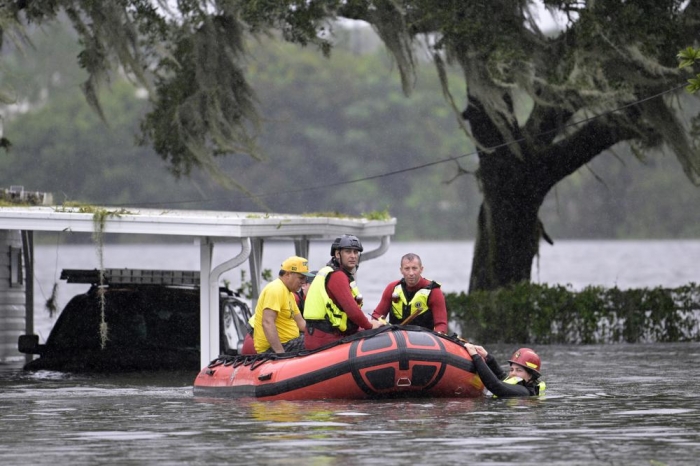 Thursday’s research, which is not peer-reviewed, compared peak rainfall rates during the real storm to about 20 different computer scenarios of a model with Hurricane Ian’s characteristics slamming into the Sunshine State in a world with no human-caused climate change.

“The real storm was 10% wetter than the storm that might have been,” said Lawrence Berkeley National Lab climate scientist Michael Wehner, study co-author.

Forecasters predicted Ian will have dropped up to two feet (61...

News and Information about Water and Oceans
Go ad-free! Support AllSides.
About these ads
https://apnews.com/article/hurricanes-science-storms-climate-and-environment-hurricane-ian-80f57ce05ec99bae841e7b72e710cd13
AllSides partners with Citizen Connect to help people connect across divides.

Klamath River Dams Are Coming Down, and Local Tribes Are Rejoicing
Mother Jones