How a party of neo-fascist roots won big in Italy

World, Politics, Italy, Elections, Fascism
Save for Later
From The Left 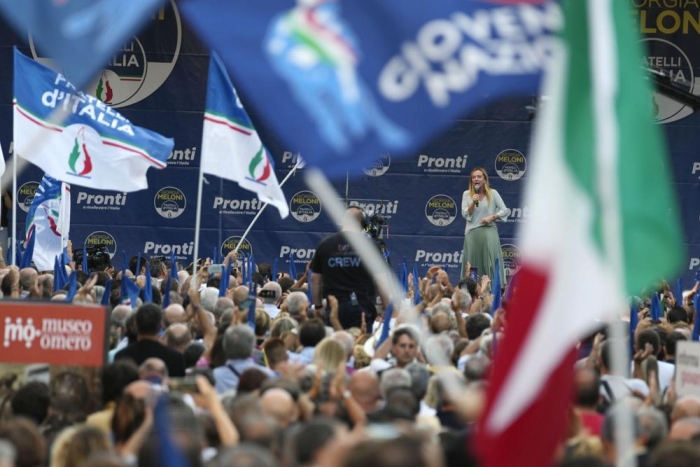 The Brothers of Italy party, which won the most votes in Italy’s national election, has its roots in the post-World War II neo-fascist Italian Social Movement.

Keeping the movement’s most potent symbol, the tricolor flame, Giorgia Meloni has taken Brothers of Italy from a fringe far-right group to Italy’s biggest party.

A century after Benito Mussolini’s 1922 March on Rome, which brought the fascist dictator to power, Meloni is poised to lead Italy’s first far-right-led government since World War II and Italy’s first woman premier.