The Biden administration's plan to forgive a significant portion of federal student loans will cost roughly $400 billion, according to new estimates from the Congressional Budget Office.

In a letter to Sen. Richard Burr (R-NC) and Rep. Virginia Foxx (R-NC), the senior Republicans on the Senate and House education committees, Phillip Swagel, the director of the CBO, estimated that the student loan plan announced by the Biden administration last month will cost about $400 billion but that the estimate was "highly uncertain." 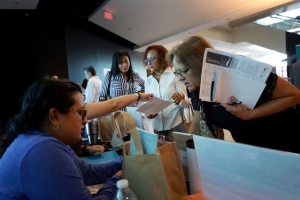