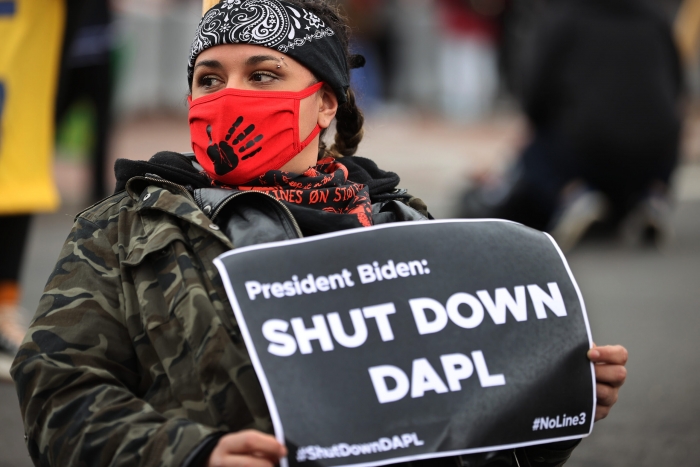 An Arizona woman who sabotaged the Dakota Access pipeline and set fire to equipment to protest the controversial project was sentenced by a federal judge Thursday to six years in prison.

Ruby Katherine Montoya, 32, who used a cutting torch to damage the oil pipeline in Iowa in 2016 and destroyed equipment over the next year, was also ordered to pay $3.2 million in restitution, The Associated Press reported.

Read full story
Some content from this outlet may be limited or behind a paywall.
Environment, Criminal Justice, Dakota Access Pipeline, Energy, Oil, Iowa