What Is This Eerie Salute People Are Doing at Trump Rallies Now? 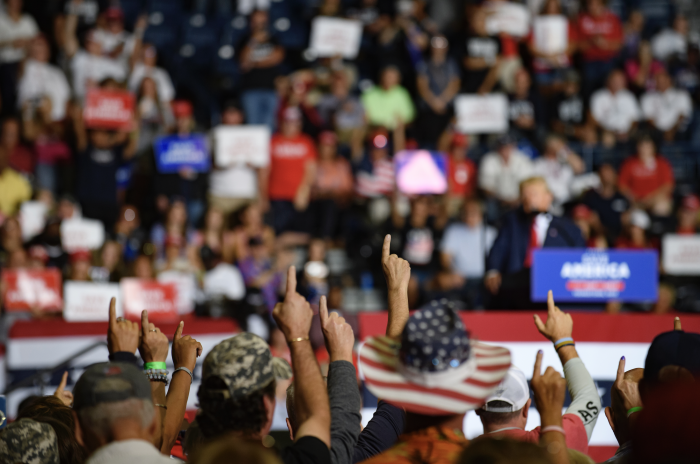 On Saturday night, as former President Donald Trump was wrapping up a political rally in Youngstown, Ohio, one section of the crowd all raised their arms in the air and extended one finger.

The strange salute came as Trump was once again spreading lies and disinformation about the 2020 election and the FBI search on his Mar-a-Lago home. The signal was immediately compared to the “Sieg Heil” salute used by Nazi party members to greet Hitler. Some also said it was in reference to Trump’s “America First” motto.