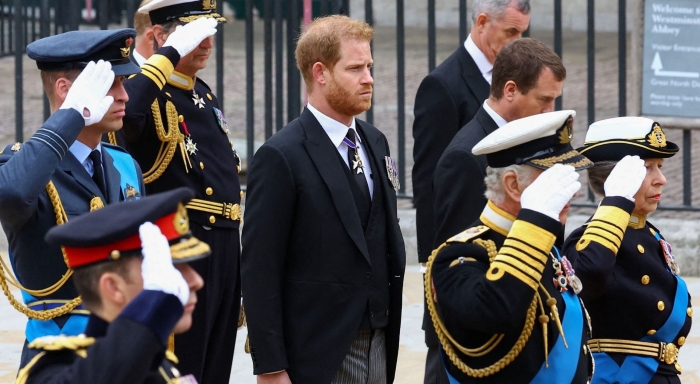 Queen Elizabeth II’s funeral took place Monday in front of a global audience, and while Prince Harry and Meghan Markle, Duchess of Sussex, were in attendance, they weren’t sitting in the front row.

Read full story
Some content from this outlet may be limited or behind a paywall.
World, United Kingdom, Prince Harry, Meghan Markle, Queen Elizabeth