World, Japan, Asia, Weather, Evacuations, Water And Oceans
Save for Later
From The Center 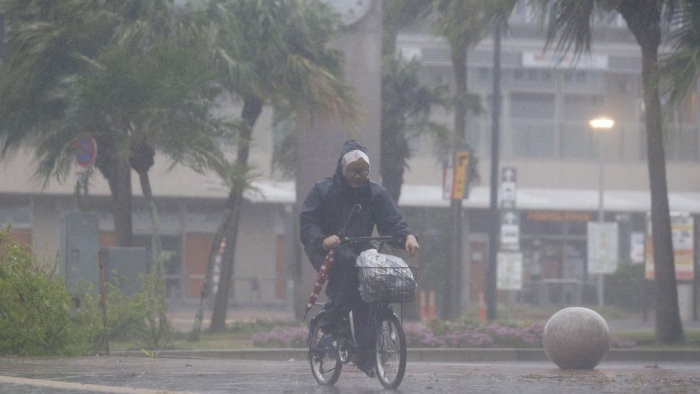 One of the biggest typhoons ever to strike Japan has made landfall on the southern island of Kyushu.

Typhoon Nanmadol has brought winds of at least 180 km/h (112mph) and some areas could see 500mm (20 inches) of rainfall over Sunday and Monday.

At least four million people have been told to evacuate their homes.

Extensive flooding and landslides are expected, while bullet train services, ferries, and hundreds of flights have been cancelled.

The typhoon made landfall near the city of Kagoshima, on the southern tip of Kyushu, on Sunday...