Technology, US Congress, US Senate, Twitter, Elon Musk, Business, Cybersecurity, Social Media
Save for Later
From The Center 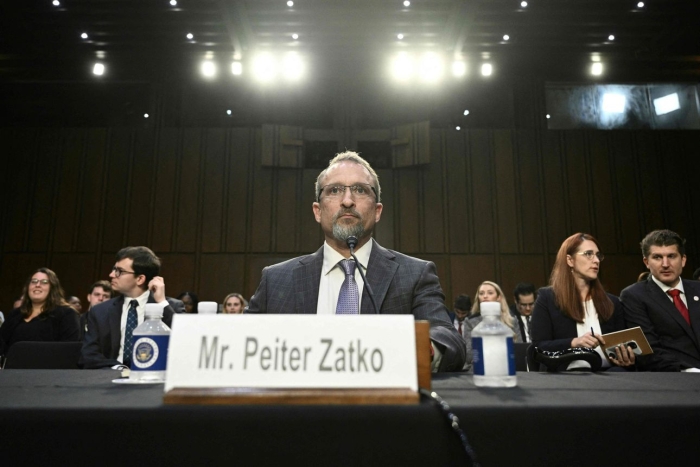 A whistleblower who leveled charges of widespread security failures at Twitter Inc. TWTR 0.82%▲ is testifying at a Senate hearing Tuesday, hours before shareholders are scheduled to finish voting on whether to approve Elon Musk’s $44 billion takeover that the billionaire is trying to abandon.

Former Twitter security executive Peiter Zatko, who was fired by the company in January, told the Senate Judiciary Committee Tuesday that Twitter executives’ “incentives led them to prioritize profits over security,” echoing his whistleblower complaint.

Read full story
Some content from this outlet may be limited or behind a paywall.
Technology, US Congress, US Senate, Twitter, Elon Musk, Business, Cybersecurity, Social Media

Sam Bankman-Fried could face years in prison over FTX’s $32 billion meltdown — if the U.S. ever gets around to arresting him
CNBC