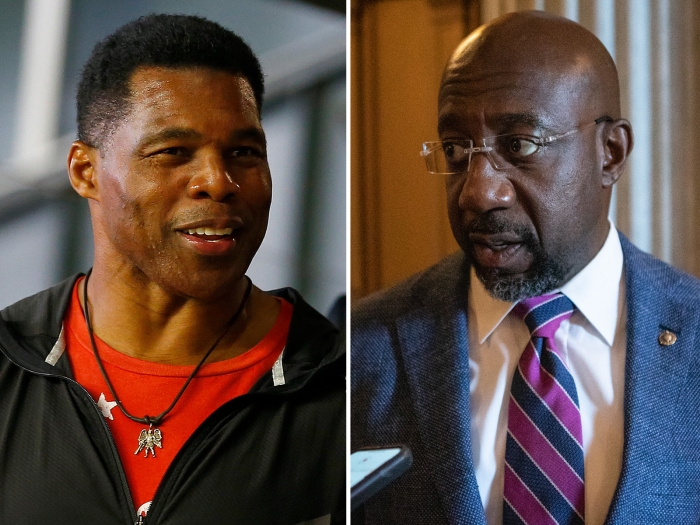 Momentum in the Georgia U.S. Senate race may be shifting in favor of Trump-endorsed Republican candidate Herschel Walker, according to a poll published on Thursday.

The poll conducted from September 6 to 7 found that Walker now leads Democratic Senator Raphael Warnock with 47 percent support to the senator's 44 percent.

Both parties are facing a tough fight to take control of the Senate and the outcome of the midterm elections seems likely to produce a narrow majority for whichever party wins the chamber—making the Georgia race potentially crucial.

Read full story
Some content from this outlet may be limited or behind a paywall.
2022 Elections, 2022 Georgia Senate Election, Herschel Walker, Raphael Warnock, Politics

News and Information about 2022 Elections
Go ad-free! Support AllSides.
About these ads
https://www.newsweek.com/herschel-walker-beating-raphael-warnock-georgia-poll-1741475