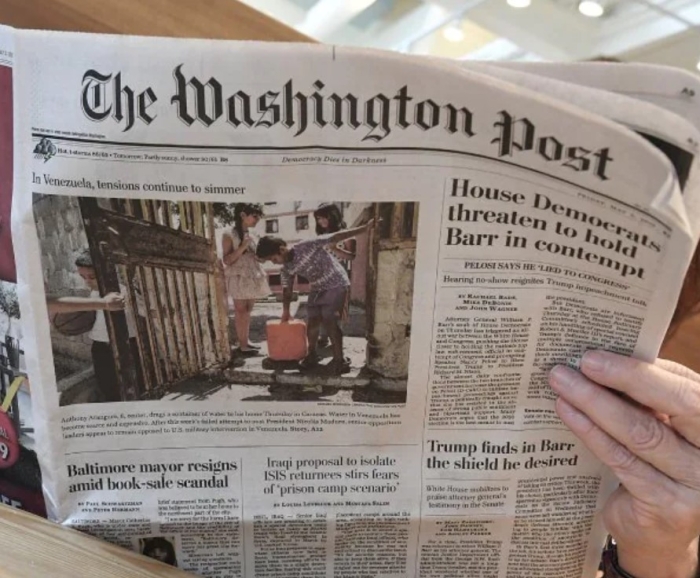 The Washington Post colluded with the Biden administration in reporting on the FBI's raid of Donald Trump's Florida home, a spokesman for the former president said.

The Post on Tuesday night reported that a document describing a foreign government's military defenses, including its nuclear capabilities, was found by FBI agents at Mar-a-Lago.

Taylor Budowich, Trump's director of communications, took to social media and described the Post as the administration's "propaganda arm."

Read full story
Some content from this outlet may be limited or behind a paywall.
Donald Trump, Washington Post, Mar-A-Lago Raid, Justice Department