GOP Senate hopefuls look to emerge from a summer slump, but fall recriminations are already flying

2022 Elections, Republican Party, Politics, Elections
Save for Later
From The Left 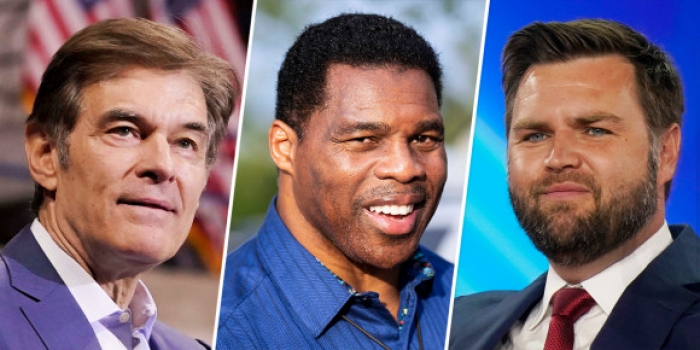 It was a summer of crises for Republican Senate hopefuls.

Celebrity TV doctor Mehmet Oz stumbled in his attempts to appeal to everyday voters in Pennsylvania and squandered a head start toward the general election while Lt. Gov. John Fetterman recovered from a stroke.

In Wisconsin, two-term incumbent Ron Johnson was knocked on his heels, falling behind his opponent...