Middle East, Afghanistan, Taliban, Facts And Fact Checking
Save for Later
From The Center 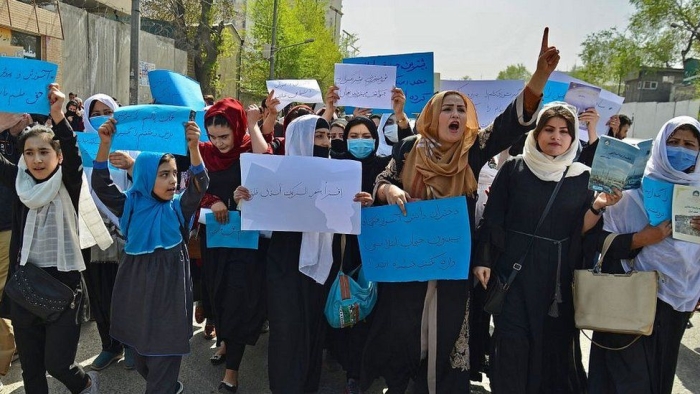 One year ago, the Taliban swept into the Afghan capital Kabul, as foreign forces hastily completed their withdrawal.

Speaking for the Taliban at the time, Zabihullah Mujahid made a number of pledges for the new government.

So has the regime lived up to its promises?

'We are going to allow women to work and study.... women are going to be very active, but within the framework of Islam.'

The previous Taliban regime, in the 1990s, severely curtailed women's freedom - and since the takeover of power by the Taliban last...