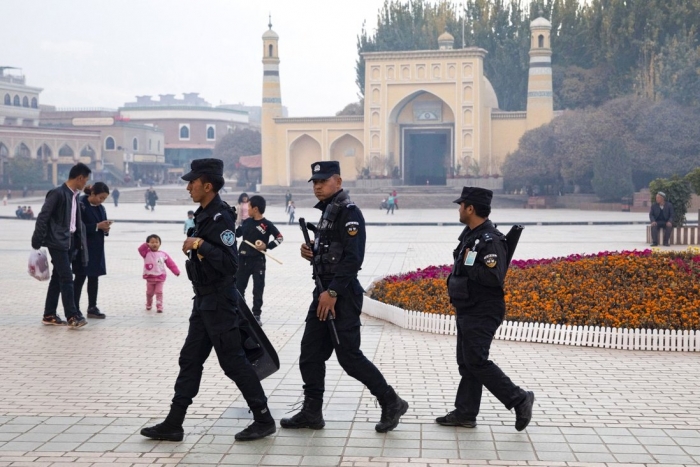 The United Nations report into Xinjiang, which found that the Chinese government’s actions “may constitute international crimes, in particular crimes against humanity” is likely to place further strains on the relationship between China and the West, according to diplomatic analysts.

Beijing bluntly rejected the findings, which were released on Wednesday, the last day of Michelle Bachelet’s tenure as UN High Commissioner for Human Rights.

The report, which followed Bachlet’s visit to the far-western region in May, linked Beijing’s employment policies to forced labour and said it found evidence of torture in detention camps.

Read full story
Some content from this outlet may be limited or behind a paywall.
China, World, United Nations, Xinjiang, Uyghurs, Human Rights, Foreign Policy, CCP

China's COVID Lockdowns Once Inspired Western Officials; They Should Listen to Protesters Instead
Reason

News and Information about China
Go ad-free! Support AllSides.
About these ads
https://www.scmp.com/news/china/diplomacy/article/3190934/anti-china-plot-beijing-slams-un-human-rights-report-xinjiang