Environment, World, Asia, Pakistan, Climate Change, Flooding
Save for Later
From The Center 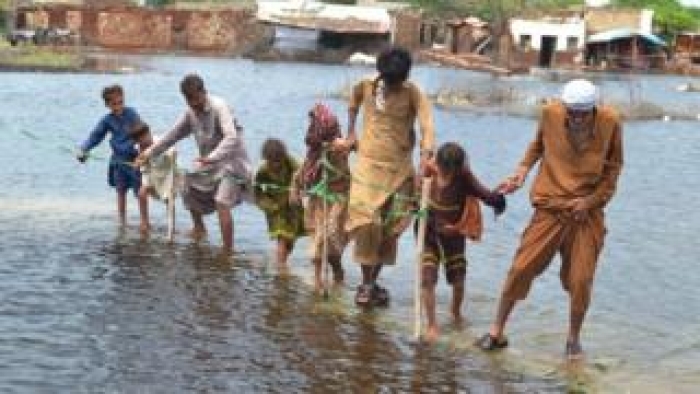 One of Pakistan's southern provinces, Sindh, is bracing itself for worse to come as the country deals with catastrophic floods.

The floods have killed nearly 1,000 people across Pakistan since June, while thousands have been displaced - and millions more affected.

In Sindh, the message in every village the BBC visited was: "Send help."

In this province - which has a population of almost 50 million - there has been a little reprieve from...

Klamath River Dams Are Coming Down, and Local Tribes Are Rejoicing
Mother Jones