Media Industry, White House, Karine Jean-Pierre
Save for Later
From The Right 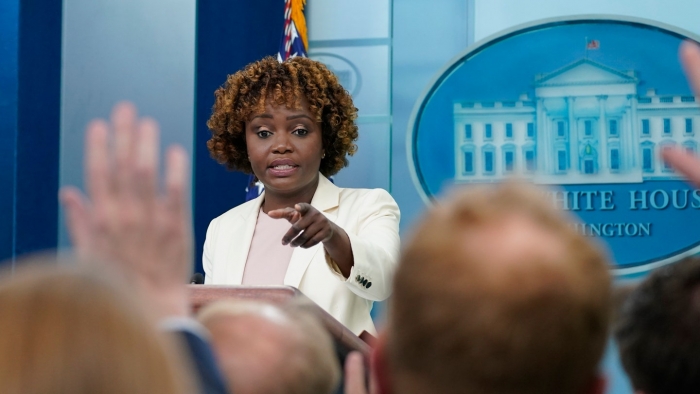 White House press secretary Karine Jean-Pierre had to shout down a belligerent reporter during her press briefing on Thursday, after the reporter expressed outrage at not being called on.

The incident occurred in the final minutes of the briefing as Jean-Pierre was attempting to allow another reporter to ask a final question. The frustrated reporter erupted, shouting her own questions over Jean-Pierre's protests.

"I was supposed to go to Chris in the back and I skipped him, so I'm gonna go back to him," the press secretary said, prompting the shouts.