San Francisco, Cleveland and Portland’s downtowns most deserted in US: study 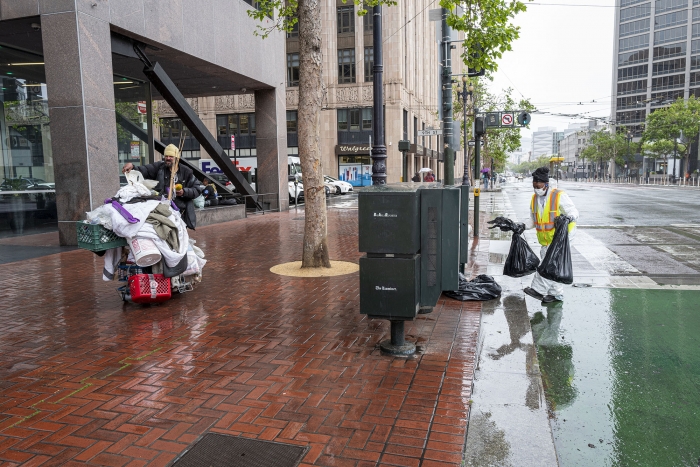 Democratic cities San Francisco, Cleveland and Portland have the most deserted downtown areas in the US in the wake of the pandemic, which has driven away workers and tourists, according to a new study.

Researchers at the Institute of Governmental Studies at the University of California at Berkeley found that San Francisco’s downtown was only 31% active between March and May, compared to pre-pandemic levels.

That was followed by Cleveland, Ohio, with 36% of downtown recovery and Portland, Oregon, with 41%. Notably, all three cities are majority Democratic.

News and Information about Housing and Homelessness
Go ad-free! Support AllSides.
About these ads
https://nypost.com/2022/08/19/san-franciscos-downtown-most-deserted-in-us/