Why rents are soaring pretty much everywhere in the U.S.

Housing And Homelessness, Economy And Jobs, Housing Market, Inflation
Save for Later
From The Center 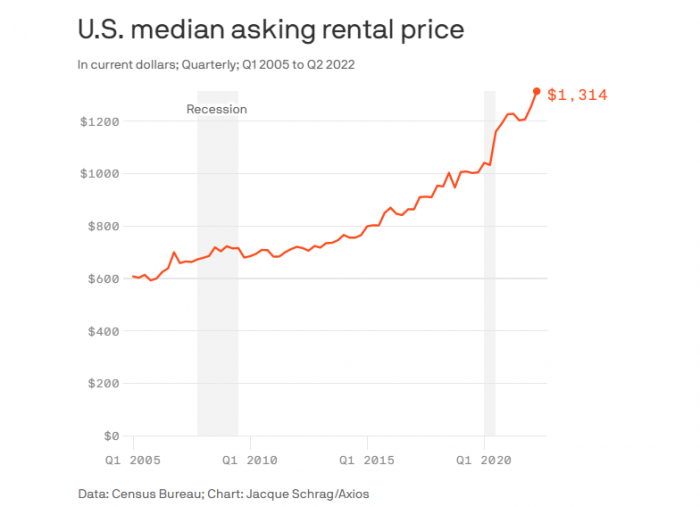 Why it matters: Skyrocketing rents, coming at the same time housing prices are at historic highs, make it hard for people to afford to live. At the lower end of the income spectrum, higher rents put more people at risk for homelessness.

By the numbers: Asking rents in the second quarter were 23% higher nationwide compared to the same period in 2019, according to Census data released earlier this month.

These are the rents landlords charge...

News and Information about Housing and Homelessness
Go ad-free! Support AllSides.
About these ads
https://www.axios.com/2022/08/16/rent-increases-nyc-california-us
AllSides partners with Citizen Connect to help people connect across divides.

Opinion
THE OBVIOUS ANSWER TO HOMELESSNESS
The Atlantic