World, Economy And Jobs, Coronavirus, Hong Kong, China, Travel
Save for Later
From The Center

After weeks of rumors and speculation, the Hong Kong government this week finally shortened mandatory hotel quarantines for inbound travellers from three days to seven.

But the city remains as cut-off from the world as ever. Tourists and business travellers are deterred by Hong Kong’s stringent, costly, and often unpredictable quarantine measures.

As a result, Hong Kong’s economy has taken a hit, sliding into a recession last month following two consecutive quarters of negative GDP growth. The outlook is clouded with uncertainty, as zero-covid policies locally and on mainland China continue to weigh on consumer demand and trade.

Read full story
Some content from this outlet may be limited or behind a paywall.
World, Economy And Jobs, Coronavirus, Hong Kong, China, Travel 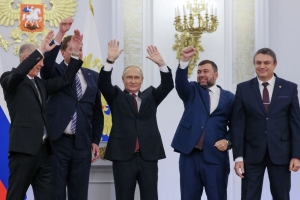